More by accident than design I have made three zines so far in 2020. The main one is a retrospective collection of some of my images made on film during 2019; the two others are mini-zines – images from two rolls of film shot recently.

A while back I had the fancy of getting a small ancient folding camera. In the back of my mind were the camera's made by the likes of Kodak in the early part of the C19th. I wasn't sure even whether I could find one that still functioned, actually most of them do to a degree or so...

Went for a short wander this afternoon. RZ67 loaded with RPX400. Something not quite right, shutter firing at 1/400 every frame, no matter the speed set..! Bugger, thankfully the light was not great and I went home to fathom the issue. Turns out that the mirror was locked up – anyway..!

Pakwâci on the beach at Eilean Iarmain, Isle of Skye. 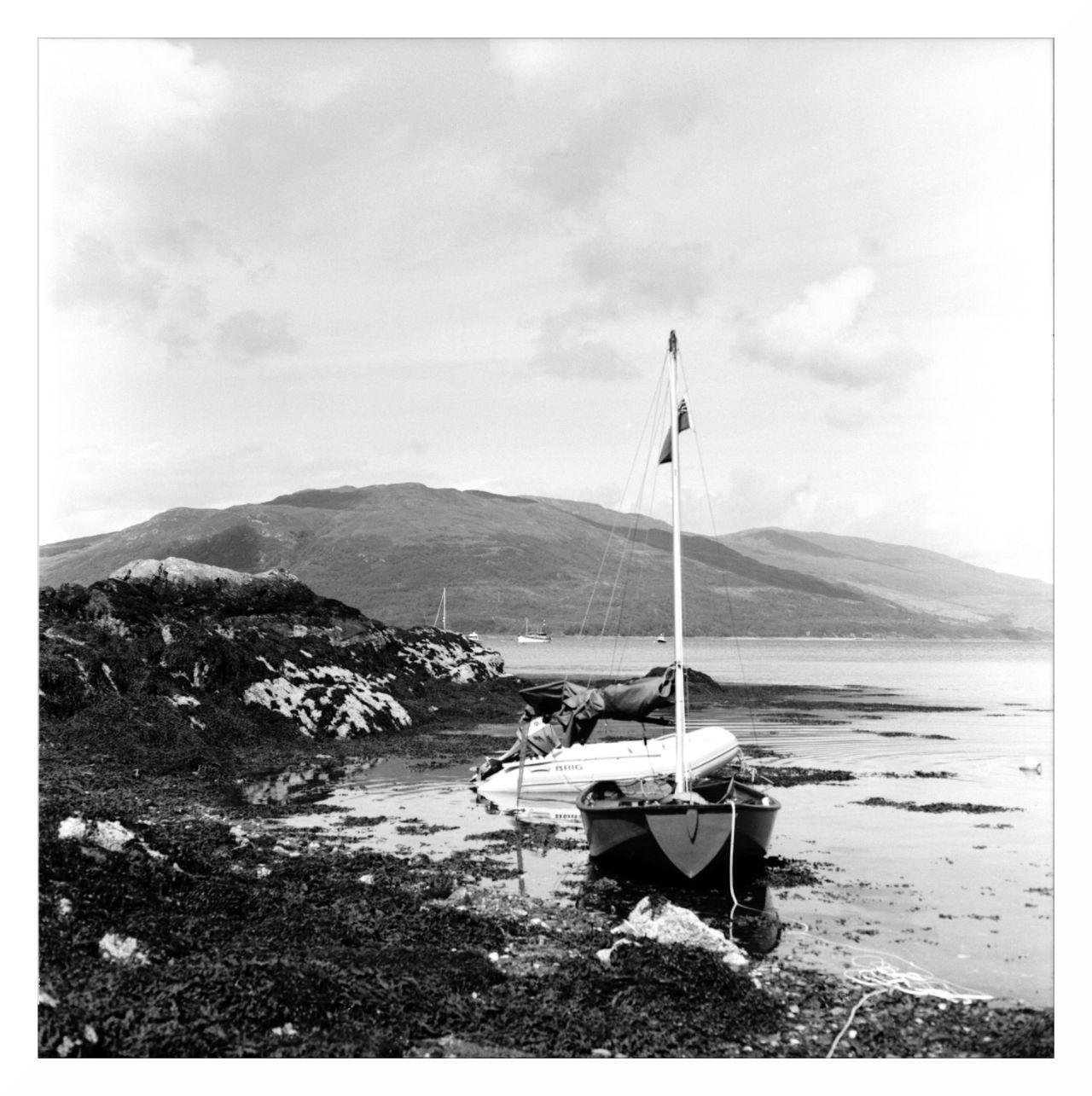 This page is a place to record the occasional thoughts, happenings, images around life in Knoydart, Scotland.

Nothing will be regular, as and when the mood takes and I have something worth sharing..!

I am a photographer working only in film based mediums. I take mostly Black & White which I develop and print using traditional chemistry and darkroom processes. Occasionally I use colour film in Medium Format which I have developed by a professional lab and I then scan the resulting negatives.

In the age of digital it is unusual to use an 'old school' technology. Not as unusual as you might think though. Film is making a resurgence, as are the traditional darkroom and alternative processes in creating print based images.

The main reason to shoot film is in the 'slowing down' of the whole picture making process. Through this you are connected in a much more tangible way to the end result. If that end result is a physical print, been able to handle that and see the depth that you can only get with traditional techniques elicits responses not attainable through other means.

If you are interested in creating a film based project, please get in touch with me via my Cardd

The Bakehouse, Mallaig – small photo project to record scenes in and around an Artisan Bakery, Ongoing.

For almost 18 months now I have toyed with the idea of selling my Sony A7r mirrorless 36mp digital camera. I had initially bought this body around four years previously for the sole purpose of using legacy lenses, as it had the greatest range of 3rd party adaptors on the market available. It did that admirably...

The Falls of Falloch are an easy and popular stop along the A82 in the Trossachs National Park on your way to Glencoe and the isles. The waterfall flows into a hidden enchanting pool surrounded by greenery.